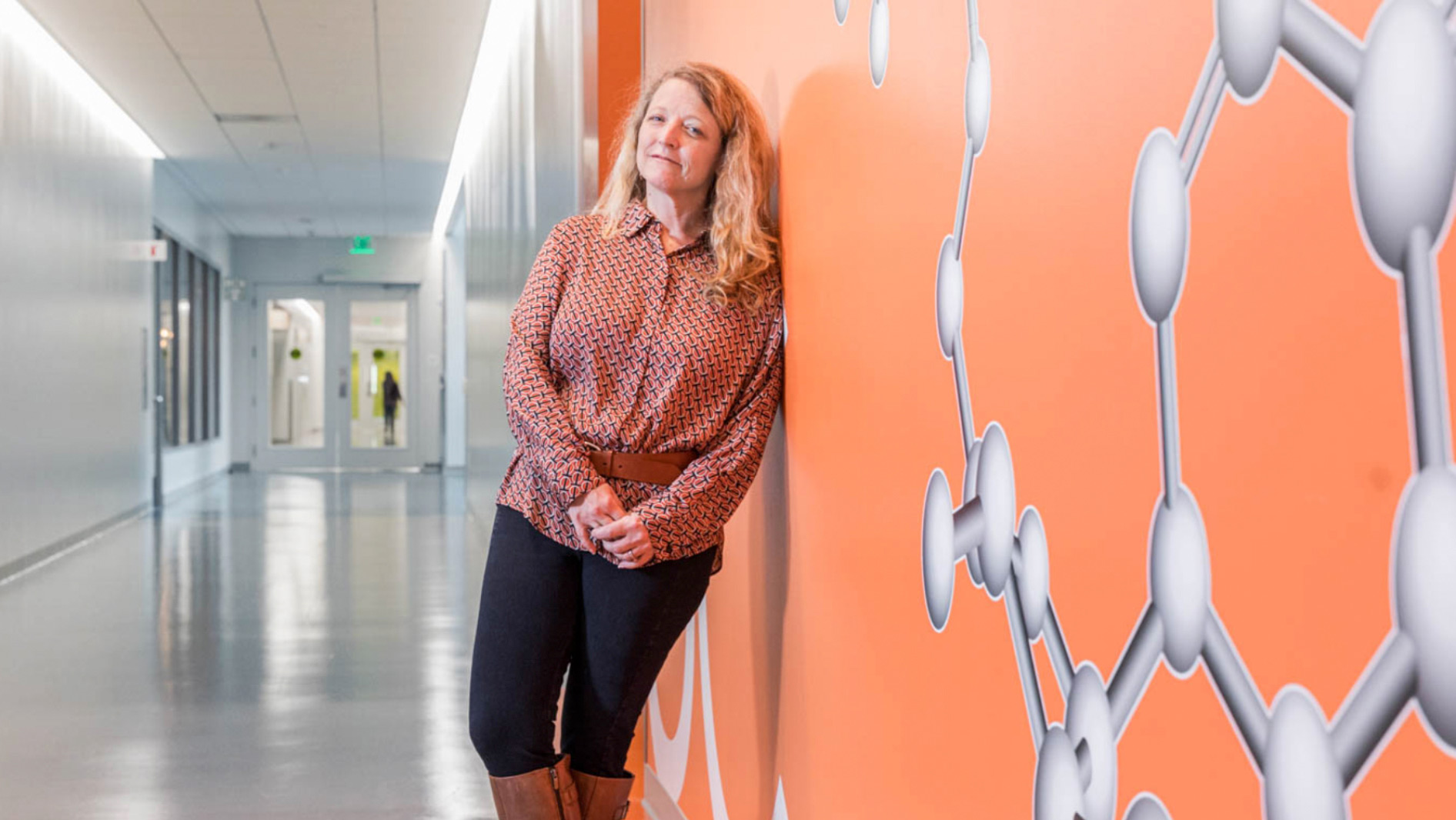 Profiles in Creating Possible: Julie Di Paolo is on a Mission to Understand Rheumatoid Arthritis and Other Inflammatory Diseases

When Julie Di Paolo’s father was diagnosed with Crohn’s disease, an inflammatory condition with limited treatment options, it sparked curiosity and drive that have carried forward into her career at Gilead, where she is Executive Director of Inflammation Biology.

“I realized how few medications were being developed to treat the drivers of inflammatory diseases, and how far away the field was from delivering curative therapy,” she recalls. “That still sticks with me today.”

Julie joined Gilead in 2010, as the company was further expanding its work outside of antivirals. While there have been moderate advances in disease understanding and treatment options, significant unmet needs remain for people living with inflammatory conditions. An estimated 38 million people around the world live with inflammatory diseases and two-thirds of patients do not achieve the current treatment goal of disease remission. According to Julie, progress is being made – but much more is still needed.

“Rheumatoid arthritis is an example of an inflammatory disease where a lot of the underlying pathways aren’t well understood,” Julie explains. “When someone is diagnosed, it’s not clear whether a particular therapy is going to work for that person. It’s essentially a process of elimination until the physician and patient find the right option. Really pairing the right therapy with the right individual is the aspirational place that we want to go. We want to get a much deeper response, and bring relief to more people.”

Julie and her team research a broad range of inflammatory diseases, with particular focus on studying small molecules that have the potential to inhibit the Janus kinase (JAK) family of four proteins, some of which are highly active in inflammation. Inhibiting these proteins, particularly JAK-1, has the potential to reduce inflammation, associated symptoms and disease progression.

While there is still much work to be done to fully understand the complex pathways that contribute to inflammatory diseases, Julie says headway is being made.

“It starts with incrementally making progress toward understanding a disease and seeing how you can chip away at getting better responses to treatment,” Julie says. “The ultimate goal is to eventually get to a place where the disease is so well-maintained that it no longer impacts a person’s quality of life.” 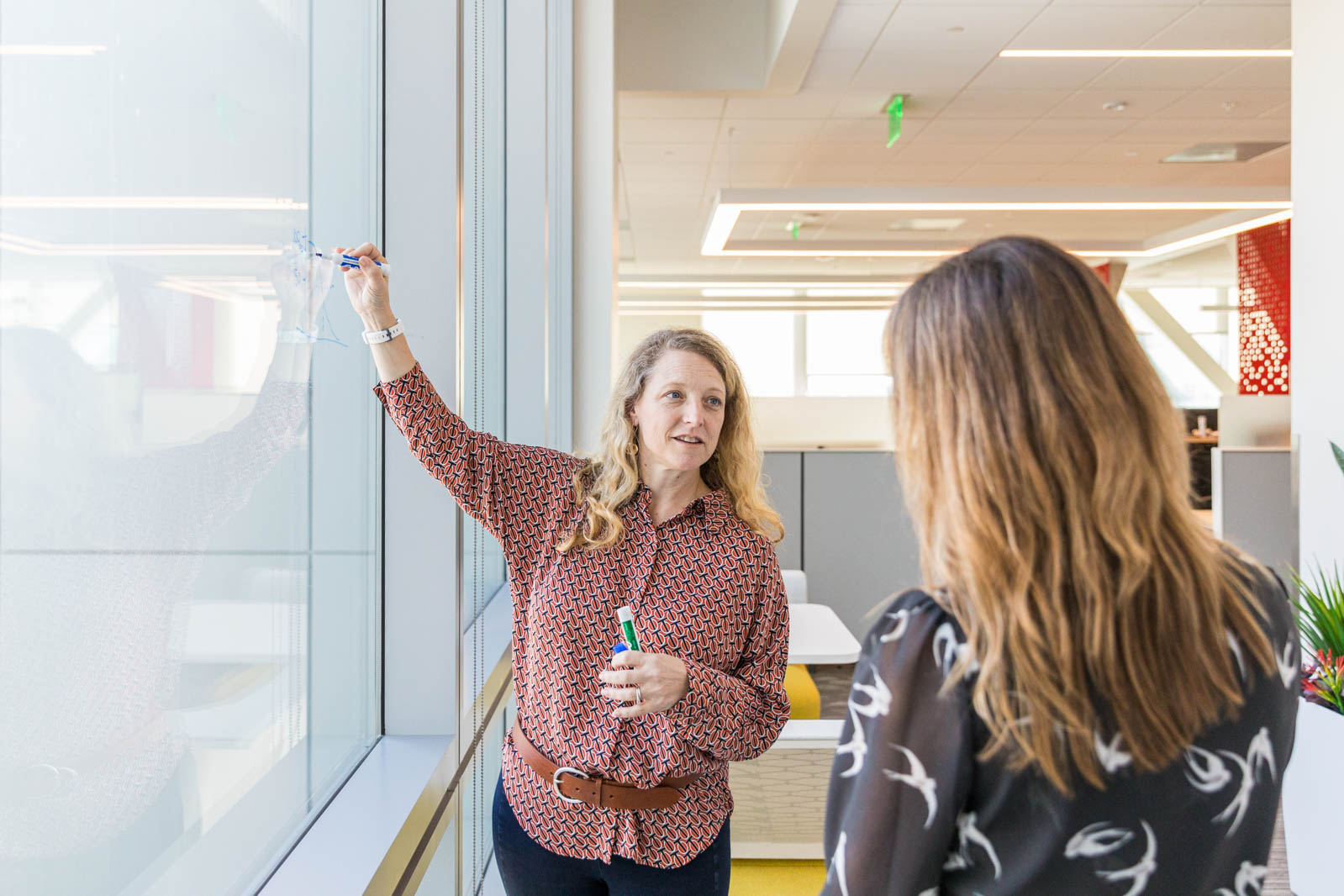 Julie and her team are approaching inflammation from all sides, in what she calls an “ABC treatment paradigm.” The objective is to Arrest the disease, or stop it where it is and prevent it from getting worse. From there, the next step is to Balance the condition by creating a tolerogenic environment and reducing the source of inflammation. Eventually, the team believes it will be necessary to Combine treatments to achieve long-term control of many inflammatory diseases.

Recent progress has enabled Gilead to submit an investigational JAK-1 inhibitor for regulatory review in the United States, Europe and Japan. Addressing the existing gaps in the current standards of care also require partnerships, says Julie, pointing to Gilead’s 10-year global research and development collaboration with Galapagos. Scientists from the two companies are working together closely to discover and develop potential new therapies.

“In science, it’s all about finding the truth,” Julie says. “These types of partnerships help create new possibilities for people living with inflammatory diseases. They allow us to bring all of the best ideas together and work collaboratively to advance those that make the most sense.”